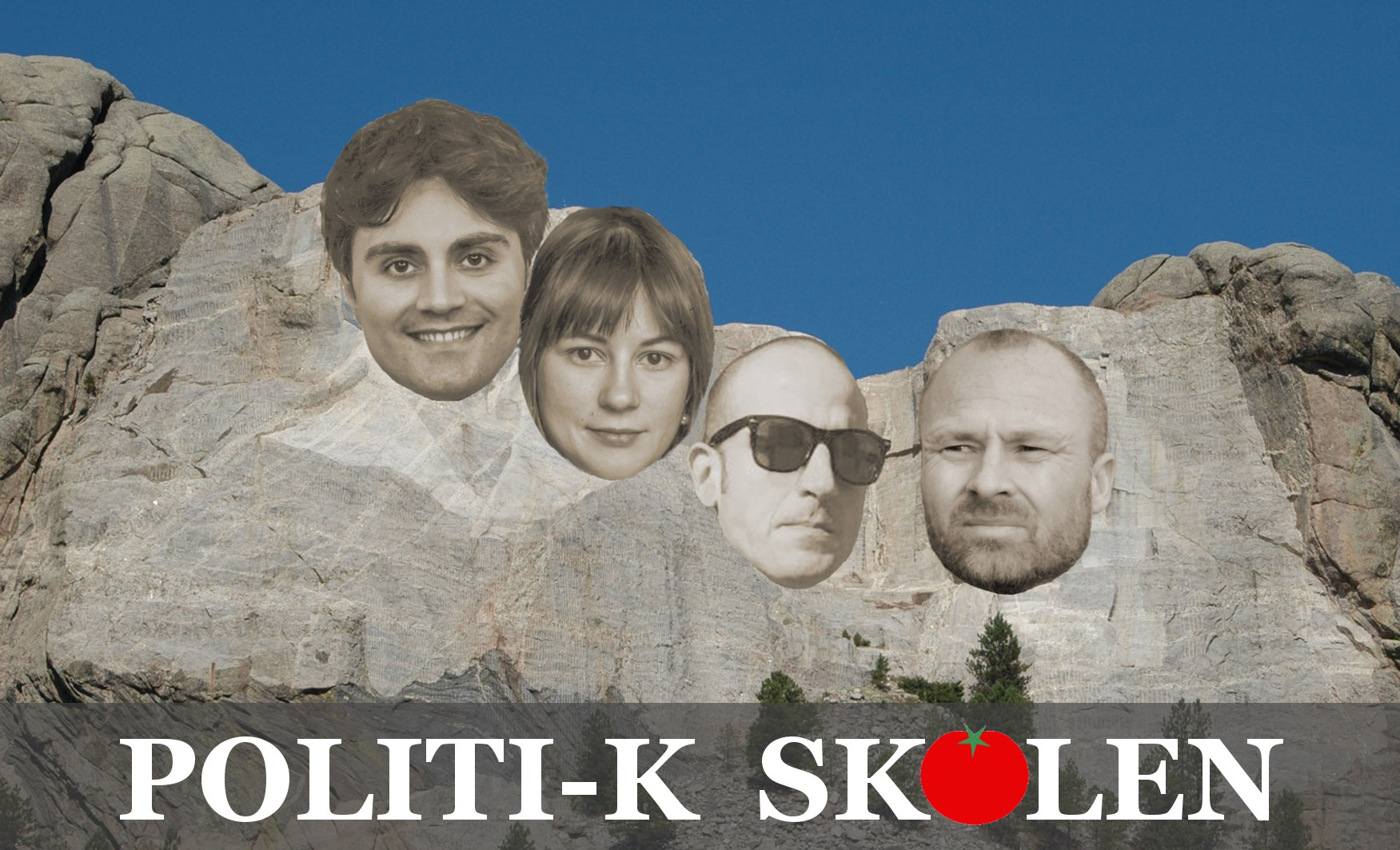 “We live in a period of egoism and aggression. An increasing number of people believe that these aspects are necessary to survive: not to be subdued, to be successful, looking greater than others. This attack is continuous and every day, through newspapers, television or on Internet, we can see how the news jump from page to page, jumping even the futuristic walls that are announced to be built. Maybe to keep us away and with fear.”
But ART PARTY has the solution even for his:
ART AS DEFENCE must be took literally. ART should be used by the citizens to improve their defence mechanisms so that expression of creativity and sense of aesthetic can represent the true shield against all possible attacks… “

MAYOR IN RESIDENCE was a project planned in details, despite the fact that Jeppe’s Danish language was very “improvised”. That’s why, the “longest Candidate known in history and his First Lady” can emerge now with renewed energy after the longest election campaign in Holstebro and Jutland (535 days), which many would have given up after the first month.
In this new regional project, called ART AS DEFENCE, the Chairman and the Chairwoman of ART PARTY (Giuseppe L. Bonifati and Linda Sugataghy) together with the Defence Counsellor (Alberto Martinez Guinaldo) appeal to all Jutland municipalities!
They have already announced the upcoming “Polic-y School” for local politicians who does not result elected in the municipal and regional elections on the 21 November 2017! The first experimental school started in Skive municipality in the first weekend after the election results were known (25-26 November 2017). ART PARTY´s “International Travelling Policy School” was active throughout Jutland in 2018 in different municipalities.

In the framework of the travelling “Polic-y School”, Art Party showed, through a concert-show, another side of politics, namely the “nightingale politics”. Giuseppe L. Bonifati is an exciting and charming singer and his voice has a good grip over Danish citizens. But as suggested by the logo of Art Party (the Tomato), we don’t know how the public would use it…

a partnership with
Italian Culture Institute in Copenhagen 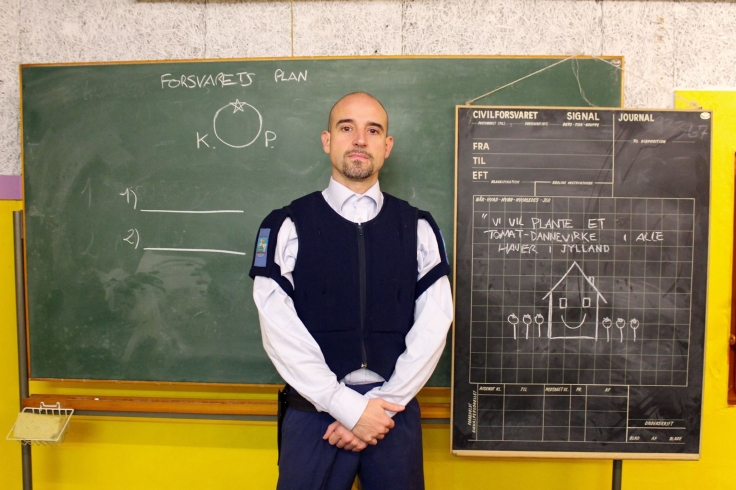 Together with the “Defence Counselor” (Alberto M. Guinaldo), the ART PARTY found that they had to take steps to prevent the biggest problem in Jutland: the winter, which is a major danger to “The Organic Tomato”. They found a safe place for the party totem: “Kommandopost”, an old bunker from the cold war era in the area of ​​Døesvej in Holstebro. Here they spent most of the month of October, preparing each detail of the Defence Plan. On the 28th of October 2016, the Art Party and the “Defence Counsellor” invited citizens in Holstebro to present their new strategy against the cold and the flourishing winter depression: “We will plant tomato fences in all Holstebro gardens.”
In Holstebro region, which has already been seduced by this philosophy, the Party has gained great popularity. But in 2018, the “Art Party” had to seduce and protect more areas. Therefore, they shared their philosophy with other citizens from different cities in Jutland. They presented the special site-specific performance “Kommandopost”, featuring actors Alberto M. Guinaldo and Taylor Alling (UK) in various bunkers in the region.

a partnership with
Bunkers of Jutland region

3. THERE IS NO MORE CAKE!
dance & performance with and for children

Art Party’s project for Youth, with children from schools in the Jutland region, with dancers from MA-ZE dance group (HU), concept and direction: Giuseppe L. Bonifati

We “occupied” art museums in Jutland and filled them with many children so that younger generations can breathe and be closer to “ART”. In the meantime, there were  moments of dance, storytelling, music and theatre, to work with the unconscious. After the occupation and the programs we made an afternoon siesta and we when the children woke up, they went to Jeppe and told him the most amazing ideas they created in their mind after their dreams. We included all their ideas in an “Art Party’s Manifesto for Youth”.
We also gave a special prize to the child who presented the best idea and he was appointed as “Youth Ambassador”.

a partnership with
Art Museums in the region of Jutland

The performance is part of the larger project ABOVE THE SKIN, held successfully by DOO performing arts group in several countries (Italy, Denmark, Hungary, Slovenia, Spain, Brazil, etc.). During COUS-COUS WITH DANISH PASSPORT, Art Party made a tour to Jutland’s asylum centers with its performance, which questions the themes of IDENTITY and BORDERS (both physically and mentally).
“The Master of Ceremony sits at a long table with a special dinner for selected guests, locals and foreigners, these last completely covered by a second skin, but somebody ruins the banquet. Among them he proves to be an intruder: the Different. Who, under a second skin, will reveal a third one. What will remain instead above the skin of the others?”

a partnership with
Aarhus Produktionsskole

In 58 BC, Marco Tullio Cicerone a man of politics, but also orator, philosopher and literature, was sent to exile for, as Consul in Rome at that time, he had sentenced to death the followers of Senator Lucio Sergio Catilina. During the trial summary, the condemnation of death was delivered without approval of the tribesmen of the plebs, and consequently, in a later investigation, Cicero was accused of not respecting the constitutional procedure. Cicero was exiled and subject to the confiscation and demolition of his property. On the site of his former sumptuous “domus” on the Palatine Hill, was built instead a “Temple of Freedom”. Being freed in the following year and returning to Rome, Cicerone tried immediately to obtain further compensation from the State for the destroyed house and its rebuilding at public expenses. From that time, the expression “De domo sua” (or “pro domo sua”) has become the flag, even in politics, for he whom speaks exclusively in defence of his personal interests.

Starting from these historical premises, in the exhibition “Pro Domo Tua” we could see in one figure, a contemporary bull-fighter, the subliminal symbiosis of different past leaders. The set-design transformed the oldest house and tiniest museum of Holstebro in a 24 h video-installation and a dreamlike showcase, through an operation of architecture & media. Inside the “domus”, we installed 5 videos panels, and by each of them, a video-chapter was projected out, through the windows of Bomhuset, creating a walking path around the “house” for the people visiting the exhibition.
The work focused on the impact and influence that ART may have on politics. Or viceversa.

conceived and directed by
Giuseppe L. Bonifati (I)