GIUSEPPE L. BONIFATI and LINDA SUGATAGHY are two artists from Italy and Hungary who intended to live as candidates for Mayor, under the names of JEPPE AND FIRST LADY, between January 2016 and June 2017 in the town of Holstebro.
The purpose is an artistic and esthetic interaction between the citizens and Mayor Jeppe and First Lady. After devoting 2015 to learning the Danish language and culture, the project started with Jeppe performing a theatrical ‘official speech’ to the people of the town. They visited families and institutions in different parts of the town. Each month the two artists concentrated on a specific theme, for example economy, education, health, environment, public works or housing. The project culminated and ended during  Holstebro Festuge in June 2017, which title was THE WILD WEST. ROOTS AND SHOOTS: RE/THINK. 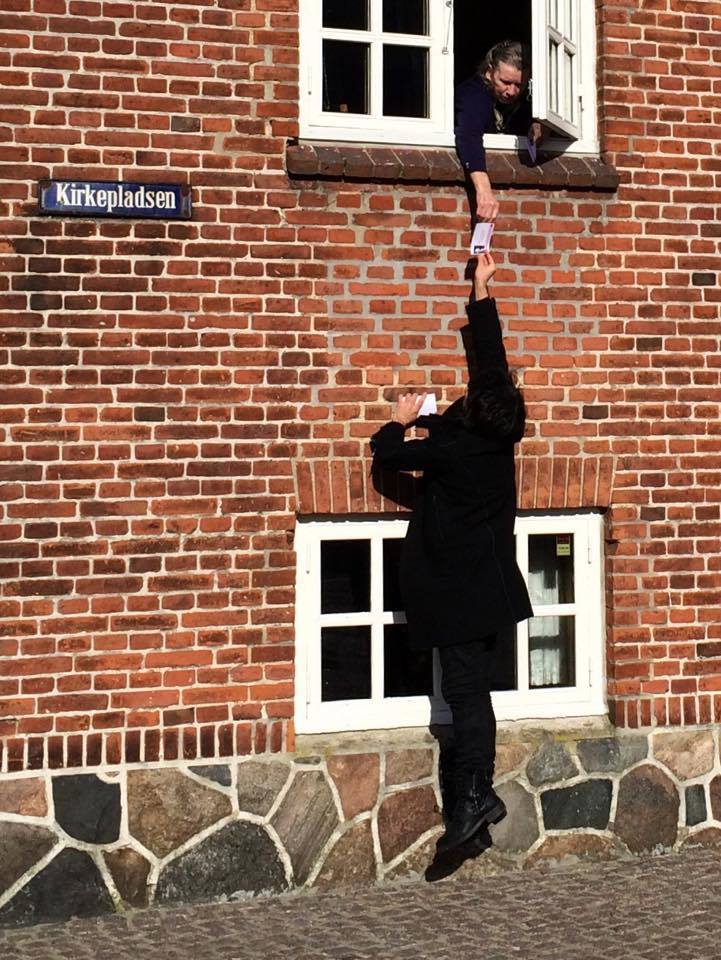 During the artistic residency, Giuseppe L. Bonifati and Linda Sugataghy, visited door-by-door the citizens of Holstebro, offering their FREE services. At the end of each month, there was a collective performance related to the actual topic, involving local associations and institutions. The Spanish performer ALBERTO M. GUINALDO was permanent collaborator and he participated in these monthly events.
The motivation behind this interactive project was to celebrate the 50th anniversary of the HOLSTEBRO CULTURAL PROJECT, initiated in 1966 by the Mayor KAI K. NIELSEN and the Municipal Director JENS JOHANSEN, the same year that Maren and Odin Teatret settled in town and the Art Museum and Music School started their activities. This motivation was presented in a Mandatory Letter from Kai K. Nielsen and Jens Johansen and sent to Jeppe, encouraging him to realize this new project.
“Mayor Jeppe’s” party is KUNSTPARTIET, addressing Danes and non-Danes, artists and non-artists, residents and non-residents. The aim of Kunstpartiet is THE PURSUIT OF BEAUTY THROUGH ART. 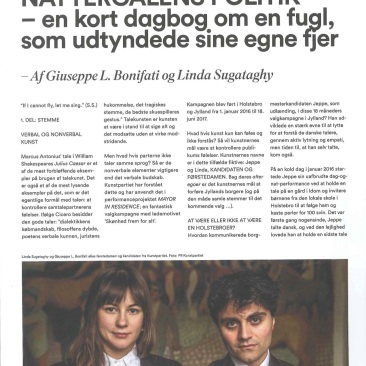 Kunstpartiet is an artistic project. It aims to show the hidden side of politics and expose the transformative power of imagination when realized through an audacious artistic policy.
Kunstpartiet’s candidate for Mayor is JEPPE. During Kunstpartiet’s launching project, M.I.R, Linda and JEPPE  lived in a house which combined the artistic (the superfluous which illuminates daily life) and the social (the worries of daily life). JEPPE and Linda made there visible their life as a couple and, at the same time, interacted with the town’s citizens according to the conventions of art and fantasy. The citizens were able to spy, physically or through a camera, visit or play in the Bomhuset and experience what is normally hidden in politics. The House as a symbol was an integral part of the artistic project which included monthly performances, daily activities in schools and institutions, and door-to-door contact with the town’s inhabitants.

Bomhuset should not be considered the hideout of the Party, but “the alcove of Anthony and Cleopatra”, the home of a man and a woman, Jeppe and Linda, two foreigners striving to be integrated into Danish society. The dream of becoming Mayor and First Lady is a pretext to come into contact with people from different milieus and, through an artistic interaction, reflect on otherness, a condition which Holstebro shares with the rest of Europe.

under the supervision of
Eugenio Barba, Julia Varley